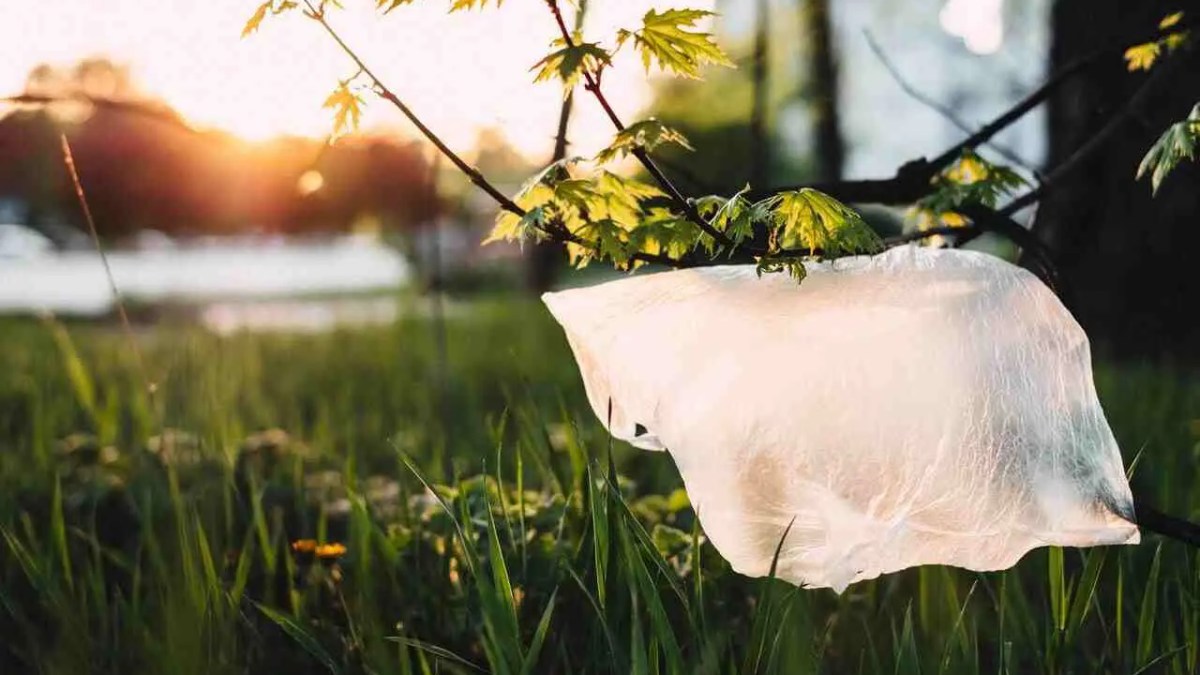 The other day, while waiting in a bread line, I remembered that I forgot the plastic bag at home. (You know the one; the disposable plastic bag that we keep reusing.) In my pocket was the exact amount of money needed for the number of loaves wanted. “Well … “, I thought to myself, “Just buy less bread. No, just buy another plastic bag.” Seems like a trivial dilemma, right? The cost of a new plastic bag is only 2 pounds—the cost of two loaves.

Anyway, once at the counter I made the hard decision. I carried the bread home stacked against my chest.

It seems our dilemma to have or not to have plastic bags is complicated. We went from a recent past (about 25 years ago) of not having these plastic bags, to having them everywhere complimentary, to outright banning them, then to finally selling them.

For lack of a better cliché, hind sight is twenty, twenty, or as we say locally sittah, sittah (6/6). Things were much better in the past environmentally and health wise when we didn’t use plastic bags at all. For a younger generation, life without plastic bags, initially called Kees Jaylaany, may be unimaginable. However for many of us, the memories of unpolluted natural scenery around the country are still vivid.

In the pre-plastic bag days, children took their sandwiches to school wrapped in yesterday’s newspaper. The grocers also used the newspapers. They rolled and shaped them into cones, for tea, coffee, lentils, rice, beans, sugar and spices. For milk, yoghurt and foul, we used metal pitchers or sometimes a pot. Cold milk, popular with the young men, was stored in empty glass soda bottles that the grocer would seal with a date. At the market, meat was wrapped in old news and vegetables were carried in woven palm-leaf baskets called gufaa.

Then came the invasion of plastic bags. Within a short period of time, seemingly overnight, they spread across the country and altered things around us on varying levels. Plastic bags were convenient. There was no need for grocers and merchants to tear, roll or wrap sheets of paper. Plastic bags came in sizes, half and full ruttal measurements for foodstuffs, dried or liquid. We even carried (albeit wrongly) the hot items, milk and foul in them.  And then there were the larger plastic bags with yads (straps) for carrying all the smaller plastic-bagged items. Similarly in the markets, each item bought came with its own “complimentary” bag, which the vendor dutifully tied (whether full or not) so that nothing else could be added.  If I bought tomatoes (salad), potatoes, okra, zucchini, meat, I left the market with no less than four plastic bags. And if carrying the number of itemized bags became unwieldy, I could purchase the larger, stronger plastic bag with straps to carry those ones.

However, it wouldn’t be long before this seemingly wondrous convenience would morph into a nemesis. Unlike the newspapers or natural baskets that could be burned or simply decomposed over time, plastic is not biodegradable. Within a relatively short period of time, plastic bags were wafting in the slightest of breezes, caught in trees, and snagged on fences. And on the ground, unsightly scenes, of refuse spilled from plastic bags being rummaged by dogs. No neighborhood was spared these eyesores.  At these unsightly, but familiar scenes, we pointed a ribald finger, and blamed others as if we hadn’t on occasion unloaded plastic bags of rubbish from cars and carts alike along roads and in empty lots. And when challenged, we answered defiantly, “amal shanu”, what should I do?

Then one by one, cities and towns around the country began to voice concern. Particularly for towns and villages, it was not just the horrid scenes, but health issues. There was no way to get rid of them, so people started to burn them. Billows of toxic smoke could be seen from the outskirts villages, and yet still after the fire had died, there would be traces of half burned plastic amongst the charred rubbish burning like embers.

Domestic animals, specifically goats, rummaging for food were eating these toxic cocktails and dying. I became aware of this while visitinga weekly animal market outside of the capital. My wife’s uncle was looking to buy a good goat. After some time browsing, we came across a large nanny that grabbed his attention. Upon initial inspection, I thought it was a done deal, but then I noticed him feeling the indents along the nanny’s backbone up to her hip. “No, not good”, he commented walking away. Saving my question until we were out of the market, I asked him what changed his mind about her. “Plastic bags”, he said. “I could feel them knotted up in her intestines. She won’t be able to pass them. She’ll just die.”

Enough being enough, the authorities outside of the capital began banning the culprit. The concern spread and eventually—better late than never—a ban on plastic bags was imposed on the grocers and vendors in the capital.

Nevertheless life is never that simple. Remember, we are creatures of habits, particularly new habits. We had become accustomed to our complimentary plastic bags, even requesting double bags, when deemed necessary. Plastic bags were now an integral part of our lives. We needed more and more, plastic bags for the children’s sandwiches in the mornings, shopping trips, and so on.

I have never heard of anyone opposing the ban, but it hasn’t been an easy road back to wrapping in newspapers, remembering to bring the gufaa, pitchers or pots. The reality is our lifestyle has changed, right? We have longer working hours, dual income households, and it’s convenient to buy on the way home. Ok, we can set the bread on the seat of the car, but what about the milk? Unfortunately it hasn’t been an easy transition for most of us, nor the grocers and vendors. The controversial plastic bags have made a triumphant return (at least for the manufacturers), except this time at a cost. Now we have to pay for them. Remember the bread line I was standing in, the cost of the plastic bag is two sometimes three pounds. Better remember the bag next time.