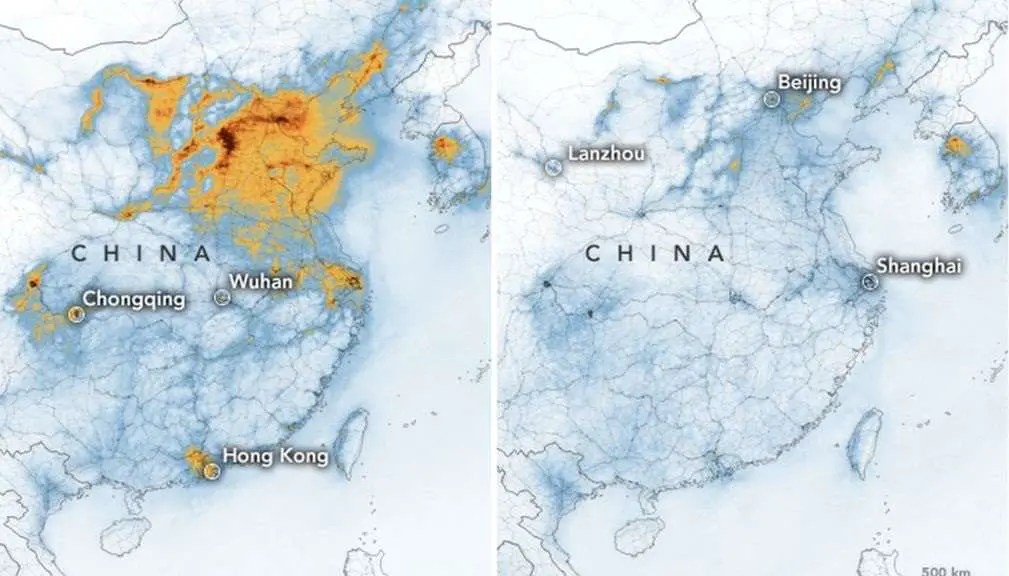 COVID-19 has accomplished in 2 months what the climate activist have been struggling to achieve for decades—a greener, cleaner environment. The decimation to the industrial world with its insatiable appetite for resources has been all encompassing. Factories have shut down, aviation has been grounded, and lockdown has brought commuting to a near standstill. Once asphyxiated by human “progress and development”, the climate and nature are now allowed to breathe a sigh of relief.

In an article by Nick Clark, The Green Read, the writer pointed out three opportunities for cleaner air from the tragedy of COVID-19.

This could be a turning point on many levels.

Also, the animal kingdom has been given relief with humans in lockdown. In publications around the world there have been reports of animals coming into cities and roaming the empty streets. One writer went as far to say, “While the humans are shut in at home in coronavirus lockdown, animals all over the planet from Japan to Wales have come out in packs to reclaim the territory”.

Photos and videos from Japan posted on social media have shown herds of 10 to 15 deer wandering through city streets and subway stations, dodging traffic and eating people’s potted plants. The changes to the status quo within the last two months are exciting refreshing. However, the looming question is… will we self-absorbed humans take heed from this lesson, or will we return like the Terminator with more vengeance to try and reclaim perceived losses?