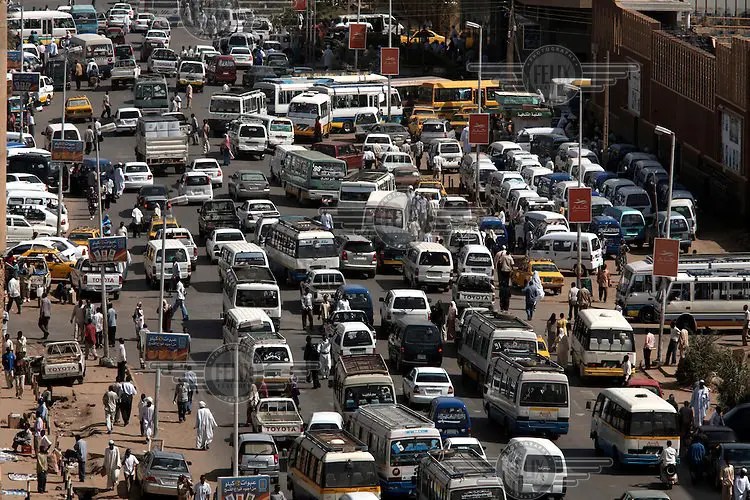 Betwixt the oppressive natural heat generated by the mid-day sun and the artificially generated heat emanating from the myriad of buses, minivans, lorries and tea ladies vying for space in the Khartoum metropolis; amidst the continuous waves of perspiring pedestrians, and the endless line of street vendors and peddlers who spread their wares from corner to corner on the sun-baked asphalt, there sat, crossed-legged, fully engrossed in conversation near a bus station, two elderly gentlemen. Suitably dressed for the weather, the two, in flowing white robes, shawls, turbans, with a weather-beaten stick between them, went virtually unnoticed by the throngs of passersby.

As the sun passed the meridian beginning its westerly decline, the call to prayer roared from the megaphone of the Grand Mosque subduing the resonating hum of the central business district. Graciously, the two elderly gentlemen paused to reflect. After a moment of respectful silence, the gentleman next to the tattered old stick took it into his hand, gave the other hand to his companion, and together, the two of them left their place of rendezvous, venturing into the swarm of people.

On their quest, they took on the bedlam of insistent mendicants, boisterous vendors, impatient city workers, fume emitting buses, and their fuming drivers with only the weather-worn stick between the two of them as a guide. In the thick of the crowd, the stick was all but useless; not to mention that the once white stick with red tip, over the years, had had become totally indistinguishable from a common walking stick. Despite the obstacles, the two patiently continued their journey.

Eventually, the two gentlemen arrived at their intended destination. The gentleman with the stick paused, as though looking around for something, and turned to his companion and politely asked, “Ya Osman, would you prefer to pray inside or outside?”

Finland’s Education: A Model of Consensus

Poem: Let the Days Do Whatever They Want